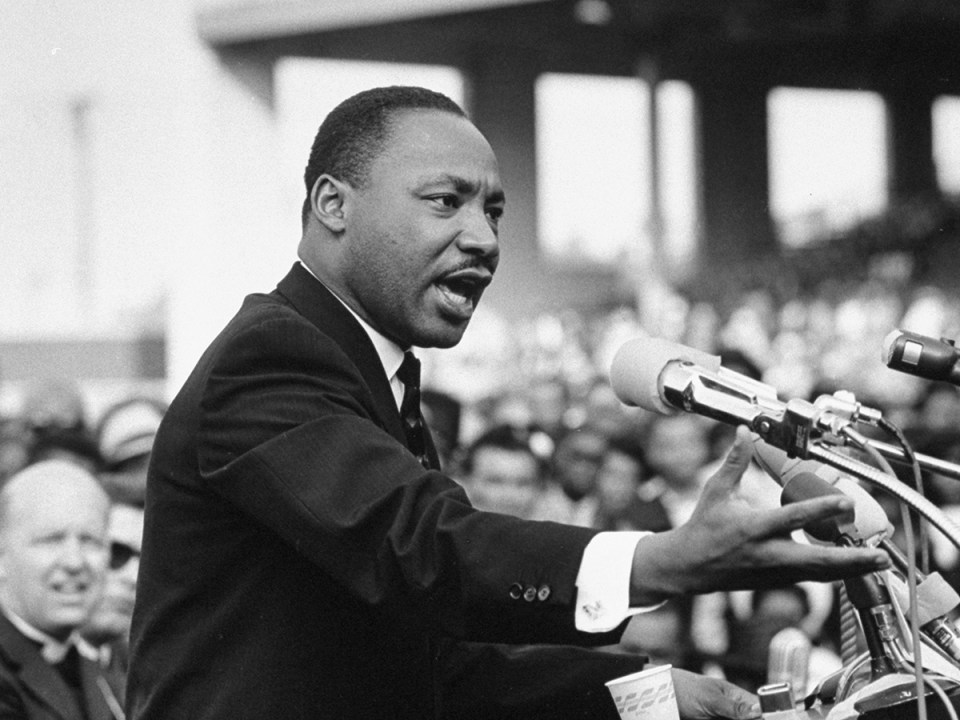 The Civil Rights Movement paved the way for the simple consideration that individuals with disabilities are entitled to equal access and that separate is inherently unequal, when the basis of separation is a characteristic or condition that one is born with (being a woman, being a certain ethnicity/color, being disabled, medically fragile, etc). This is what leaders during the civil rights movement, most notably Martin Luther King Jr., fought to make a reality for not only people of color, but for all oppressed, ignored and marginalized people. As Dr. King said so eloquently,  “It is not possible to be in favor of justice for some people and not be in favor of justice for all people.”

One of the most important pieces of legislature in the long battle of fighting segregation of African Americans in our schools was Brown versus the Board of Education. The supreme court decision that separate schools for blacks and whites were inherently unequal and therefore unconstitutional  became an important case decision for later fights for students with disabilities and have been referenced over and over again by special education attorneys to “win” a place in the public school classroom for their clients. Brown versus the Board of Education truly is the strongest case decision in support for integrating students with disabilities in our public school classrooms. It builds a historical context for the current inclusion efforts nationwide, the Least Restrictive Environment mandate in IDEA and the general principles of fairness that most Americans, at least superficially, subscribe to today.

The Civil Rights Movement accomplished much; Jim Crow practices were outlawed and the Civil Rights Act of 1964 was put into effect, arguably the most comprehensive civil rights document in our nation’s history. In Martin Luther King’s lifetime he was able to see the positive outcomes of the movement that he led, his life was not in vain.

The impact of MLK’s voice and strong stance extended beyond his years of protest and far beyond his lifetime, he was an inspiration to all underrepresented groups. He was and is, an inspiration to Americans with disabilities who fought for their place in society in a similar fashion and drew on the courage and verbage of the African American Civil Rights Movement to fuel their way and to influence legislature that came over thirty years later with the Americans with Disabilities Act. One could say that the efforts of Martin Luther King Junior and the Civil Rights Movement at large, gave a legitimacy and a point of reference to the disability movement. This positive outcome wasn’t on accident and it doesn’t take away from the focus of the black movement, but rather it strengthens it and furthermore solidifies what Dr. King cared about most, justice for all people.

While the legal overt discrimination of blacks and other minority ethnic groups was outlawed through the Civil Rights Act of 1964, it wasn’t until 1990 that the Americans with Disabilities Act was passed and that the overt discrimination of persons with disabilities was outlawed. People with disabilities have Dr. King and other civil rights leaders to thank for setting a benchmark for them in the fight for civil rights.

One does not choose to be a certain race, just as one does not elect to be disabled or nondisabled, and neither fact of birth should determine one’s ability to be counted in society. This basic concept has been accounted for in both pieces of civil rights legislature, but we know that the fight for equal opportunity continues in 2018. Though we have come a long way, we still have a long way to go. AND though direct acts of discrimination are less widespread and widely accepted than in the 1950’s, indirect acts take place everyday and in every community. Though not as “in your face”, indirect acts of discrimination can be as impactful to a person’s life outcomes as direct.

Segregated environments still exists today in many of our public schools and most teachers, administrators, parents and citizens don’t seem to relate to self contained special needs environments as a practice of segregation, when it fact it is. While most would consider it inherently discriminatory for a black or hispanic student to be placed in a separate school based on their race alone, many would not flinch to see this done to a student with a disability, as it is commonplace and largely seen as an “unavoidable” practice.

While we no longer live in a society where separate but “equal” is justifiable or legal for students of color in a direct context, we see our neighborhood public schools largely color coded based, instead, on a student’s zip code. Socioeconomic status makes changing zip codes out of reach for many low income minority families, thus maintaining the status quo of majority minority public schools and the concept that separate is inherently unequal. The increase in charter schools, magnet schools and state private school scholarship funds has paved a way for more diverse schooling options for students that live in majority minority neighborhoods and in some cases attempts to do so for students with disabilities (i.e. in FL the McKay Scholarship Fund), however those same schools continue to discriminate against students with disabilities, accepting them when they apply to meet anti discrimination law requirements, but shortly into the school year suggesting transfer to a school that will “better meet their needs”.

The purpose of schooling is to prepare students for the working world, aka “the real world”. Jobs, schools, organizations, hospitals, everywhere we go to work and learn we will be exposed to and mandated to collaborate will all kinds of people. The diversity that students will one day meet is endless- diversity of learners, diversity of races, diversity of thinking, diversity of sexuality, religious diversity, just to name a few. Yet our schools are largely NOT preparing students for what will come. Self contained schools and classrooms fail to prepare students with disabilities for any life after school, except for one that continues to be segregated, which will in turn prevent participation in the fabric of our society which is integrated. Change that we wish to see must begin in our schools. We must hold our schools accountable to the principles and ideology of IDEA 2004 that states, “Disability is a natural part of the human experience and in no way diminishes the right of individuals to participate in or contribute to society. Improving educational results for children with disabilities is an essential element of our national policy of ensuring equality of opportunity, full participation, independent living and economic self sufficiency for individuals with disabilities.”

So what has Dr. King’s message meant to people with disabilities?

And our greatest fight is for students with disabilities of color in the most segregated of schooling environments, segregated based on race/zip code and segregated further because of disability

If you enjoyed this article,
please share
Ask if they would like a free 15 minute consultation Get in touch

My Educational Solutions exists to guide children with learning disabilities with individualized education plans from preK-12th grade. We excel in helping children with special needs achieve their full potential, both academically and behaviorally.